Standing behind a table laden with knives of all shapes and sizes two men stand side by side. The younger man, Kun Levent-Zsolt, wears dark shades and has the easy-going attitude of youth. The older man with his grey hair and beard says little and watches over the table with the air of an expert.

As I get talking to Zsolt who is keen to share his knowledge of knifemaking with me, he tells me that the older man is his father. I ask how he learnt knifemaking. ‘I taught myself’ he says. ‘And your father?’ ‘I taught him.’

We hear a lot about the importance of traditional skills being passed down from generation to generation. The image is generally of the wise father leading his son to the workshop, teaching him the secrets of his trade and so passing on the legacy of his grandfather before him. With these strong preconceptions, Zsolt’s comment catches me off guard and I am baffled.

So Zsolt begins to explain the story to me. ‘My father is an artist, he makes pottery out of clay. When I was a younger I used to find slabs of clay lying around and made weird-looking objects or ceramics out of it, the kind of stuff that 6-year-old children do.’

‘As I grew older my father showed me a knife that had its handle broken off and I wanted fix it to make it functional again. I remember how difficult it was to make that handle because I was facing a lot of technical difficulties that I didn’t quite understand at the time. Only after a couple of tries and with a strong determination was I was able to make a worthy handle for it.’

Like many craftsmen, Zsolt began by giving his work away as gifts to friends. ‘My first attempts at knife forging were not quite satisfactory but I read a lot of articles and received some help from a friend who already had some prior knowledge about knife forging. Most of the information I gathered was through the internet, and I taught myself through trial and error. After a while I managed to make a pretty good blade.’

In 2006, Zsolt participated in Negreni fair, one of the biggest and oldest fairs in south-east Europe. It was there that he sold his first blade to an Austrian knife collector, a feeling he describes as incredible. ‘It was then I realised that I could make money out of this. Since then I have gone back to that fair every year.’

For the first couple of years the knife selling remained fairly low. The breakthrough came when his father went to Vienna and established relations with knife retailers. ‘Since then we became more known here in Romania through marketing at fairs and we have many clients.’ However, Zsolt believes that face-to-face market selling is still of the utmost importance. ‘These are the places from where I get the most feedback. It allows me to attune to the needs and desires of my clients.’

We look over at the stall laden with wooden and leather handled blades laid carefully in their soft pouches. Zsolt picks each one up with care and shows me the different styles of blade and their different uses. His father looks on impassively, looking so much the ancient knifemaker that is hard to believe Zsolt’s story. Zsolt explains that he collaborates with his father when it comes to selling their products but other than that they usually make our knives separately. ‘The reason for this is mainly because we have so different tastes and different standards. We both work with the same materials and try to get the best out of them. Where we depart from each other is the way we try to reach that goal, he is more spontaneous in his work, I am more contrived.’ 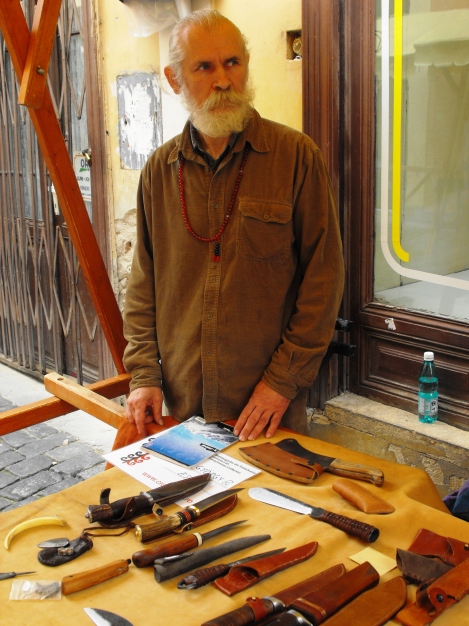 Zsolt also defies tradition when it comes to the design of his knives, usually looking at designs from outside Romania for inspiration. ‘There are a few knife makers in this country who I find inspiring, there isn’t much to look at and I haven’t found any traditional designs so far. I like the more traditional knives from different cultures which are being used as a basis for new designs.’

As I reflect on his story, I begin to understand that my previous preconceptions were at fault. There is no ‘proper’ or ‘correct’ way to learn these traditions, whether it comes from peering round the door of your father’s workshop as a young child or gathering your information from the huge range of resources on the internet. We often paint these trades as an ancient and precious part of our heritage that must be preserved at all costs. Zsolt isn’t at all fazed with the pressure and responsibility of history weighing on his shoulders. He discovered knifemaking himself, and through his own perseverance and dedication, managed to pass from apprentice to artisan successfully.

As I leave, the crowds begin to press round the stall examining the knives. The two men return to their previous position, standing side by side, gazing over the table laden with knives. Father and son, knifemakers and equals.

To find out more about Kun Levent-Zsolt or to buy one of his products, visit his online shop Kun Zsolt Knives. 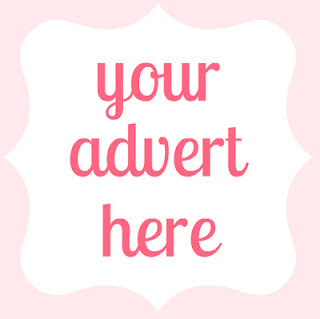